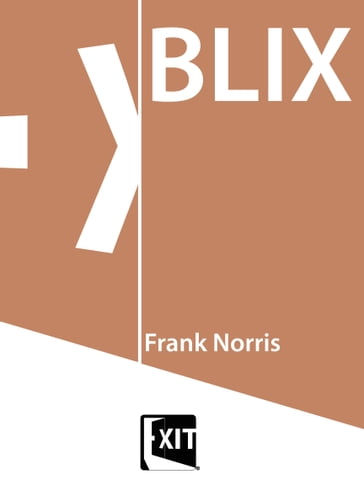 It had just struck nine from the cuckoo clock that hung over the mantelpiece in the dining-room, when Victorine brought in the halved watermelon and set it in front of Mr. Bessemer's plate. Then she went down to the front door for the damp, twisted roll of the Sunday morning's paper, and came back and rang the breakfast-bell for the second time.

As the family still hesitated to appear, she went to the bay window at the end of the room, and stood there for a moment looking out. The view was wonderful. The Bessemers lived upon the Washington Street hill, almost at its very summit, in a flat in the third story of the building. The contractor had been clever enough to reverse the position of kitchen and dining-room, so that the latter room was at the rear of the house. From its window one could command a sweep of San Francisco Bay and the Contra Costa shore, from Mount Diablo, along past Oakland, Berkeley, Sausalito, and Mount Tamalpais, out to the Golden Gate, the Presidio, the ocean, and evenon very clear daysto the Farrallone islands.

For some time Victorine stood looking down at the great expanse of land and sea, then faced about with an impatient exclamation.

On Sundays all the week-day regime of the family was deranged, and breakfast was a movable feast, to be had any time after seven or before half-past nine. As Victorine was pouring the ice-water, Mr. Bessemer himself came in, and addressed himself at once to his meal, without so much as a thought of waiting for the others.

He was a little round man. He wore a skull-cap to keep his bald spot warm, and read his paper through a reading-glass. The expression of his face, wrinkled and bearded, the eyes shadowed by enormous gray eyebrows, was that of an amiable gorilla.