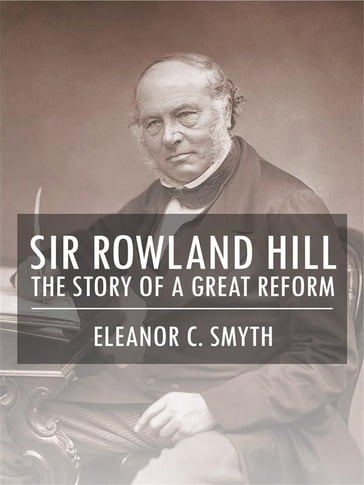 Sir Rowland Hill - The Story of a Great Reform

The earliest of the postal reformer's forefathers to achieve fame that outlives him was Sir Rowland Hill, mercer, and Lord Mayor of London in 1549, a native of Hodnet, Shropshire, who founded a Grammar School at Drayton, benefited the London Blue Coat School, was a builder of bridges, and is mentioned by John Stowe. From his brother are descended the three Rowland Hills famous in more modern timesthe preacher, the warrior, and the author of Penny Postage. Some of the preacher's witticisms are still remembered, though they are often attributed to his brother cleric, Sydney Smith; Napier, in his "Peninsular War," speaks very highly of the warrior, who, had Wellington fallen at Waterloo, would have taken the Duke's place, and who succeeded him as Commander-in-Chief when, in 1828, Wellington became Prime Minister. A later common ancestor of the three, a landed proprietor, married twice, and the first wife's children were thrown upon the world to fight their way as best as they could, my paternal grandfather's great-grandfather being one of the dispossessed.