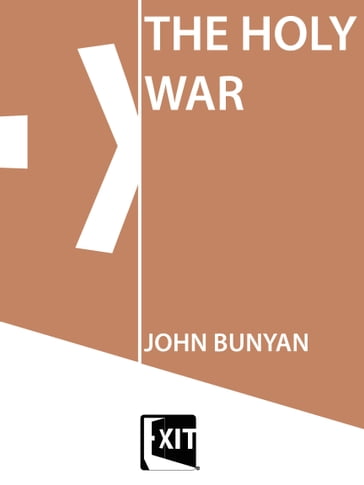 In my travels, as I walked through many regions and countries, it was my chance to happen into that famous continent of Universe. A very large and spacious country it is: it lieth between the two poles, and just amidst the four points of the heavens. It is a place well watered, and richly adorned with hills and valleys, bravely situate, and for the most part, at least where I was, very fruitful, also well peopled, and a very sweet air.

The people are not all of one complexion, nor yet of one language, mode, or way of religion, but differ as much as, it is said, do the planets themselves. Some are right, and some are wrong, even as it happeneth to be in lesser regions.

In this country, as I said, it was my lot to travel; and there travel I did, and that so long, even till I learned much of their mother tongue, together with the customs and manners of them among whom I was. And, to speak truth, I was much delighted to see and hear many things which I saw and heard among them; yea, I had, to be sure, even lived and died a native among them, (so was I taken with them and their doings,) had not my master sent for me home to his house, there to do business for him, and to oversee business done.

Now there is in this gallant country of Universe a fair and delicate town, a corporation called Mansoul; a town for its building so curious, for its situation so commodious, for its privileges so advantageous, (I mean with reference to its origin,) that I may say of it, as was said before of the continent in which it is placed, There is not its equal under the whole heaven.

As to the situation of this town, it lieth just between the two worlds; and the first founder and builder of it, so far as by the best and most authentic records I can gather, was one Shaddai; and he built it for his own delight. He made it the mirror and glory of all that he made, even the top-piece, beyond anything else that he did in that country. Yea, so goodly a town was Mansoul when first built, that it is said by some, the gods, at the setting up thereof, came down to see it, and sang for joy. And as he made it goodly to behold, so also mighty to have dominion over all the country round about. Yea, all were commanded to acknowledge Mansoul for their metropolitan, all were enjoined to do homage to it. Aye, the town itself had positive commission and power from her King to demand service of all, and also to subdue any that anyways denied to do it.