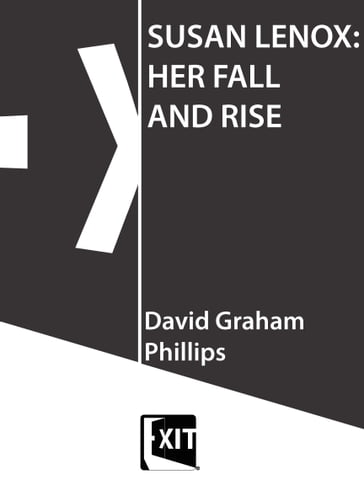 SUSAN LENOX: HER FALL AND RISE

A few years ago, as to the most important and most interesting subject in the world, the relations of the sexes, an author had to choose between silence and telling those distorted truths beside which plain lying seems almost white and quite harmless. And as no author could afford to be silent on the subject that underlies all subjects, our literature, in so far as it attempted to deal with the most vital phases of human nature, was beneath contempt. The authors who knew they were lying sank almost as low as the nasty-nice purveyors of fake idealism and candied pruriency who fancied they were writing the truth. Now it almost seems that the day of lying conscious and unconscious is about run. "And ye shall know the truth, and the truth shall make you free."

There are three ways of dealing with the sex relations of men and womentwo wrong and one right.

For lack of more accurate names the two wrong ways may be called respectively the Anglo-Saxon and the Continental. Both are in essence processes of spicing up and coloring up perfectly innocuous facts of nature to make them poisonously attractive to perverted palates. The wishy-washy literature and the wishy-washy morality on which it is based are not one stage moreor lessrotten than the libertine literature and the libertine morality on which it is based. So far as degrading effect is concerned, the "pure, sweet" story or play, false to nature, false to true morality, propagandist of indecent emotions disguised as idealism, need yield nothing to the so-called "strong" story. Both pander to different forms of the same diseased craving for the unnatural. Both produce moral atrophy. The one tends to encourage the shallow and unthinking in ignorance of life and so causes them to suffer the merciless penalties of ignorance. The other tends to miseducate the shallow and unthinking, to give them a ruinously false notion of the delights of vice. The Anglo-Saxon "morality" is like a nude figure salaciously draped; the Continental "strength" is like a nude figure salaciously distorted. The Anglo-Saxon article reeks the stench of disinfectants; the Continental reeks the stench of degenerate perfume.

Scrivi una recensione per "SUSAN LENOX: HER FALL AND RISE"